US aviation bill stalls, proponents not giving up 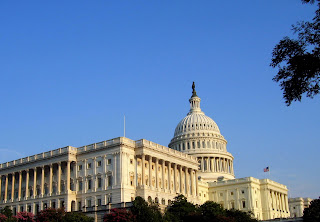 Legislation to overhaul aviation programs, including billions for modernizing the aging U.S. air traffic system, has stalled as congressional negotiators struggle to resolve stubborn issues, one of which involves US Airways Group Inc (LCC.N).

Congressional and industry sources said momentum to pass the measure before lawmakers break for August vacation was interrupted this week with key lawmakers unable to reach agreement on provisions affecting long-haul air service and passenger fees that support airport operations.

Disagreements have also surfaced on how to proceed in the Senate, which is scheduled to recess August 6. The agenda is crowded with finance and small business bills and a Supreme Court confirmation vote.

The House of Representatives breaks for a month next Friday.

"We're not that close to getting an agreement on outstanding issues," said one congressional aide not authorized to publicly discuss details while the matter was still being negotiated.

The bill is viewed by proponents as an important step toward improving the efficiency of air traffic operations, which are often blamed for delays that infuriate passengers and cost carriers millions in wasted fuel and lost productivity.

It also includes new consumer protections and safety measures sought by regulators in response to complaints of poor service and accidents.

Proponents of the bill, especially House and Senate Democrats, are not giving up. But time constraints are now working against expedited consideration.

The Federal Aviation Administration (FAA) has been without a long-term funding blueprint for three years, a scenario that has forced congressional approval of multiple temporary spending measures so the agency can keep its airport towers and other control centers operating.

The bill also includes a downpayment on the multi-year $20 billion effort to transform the air traffic network from one relying on radar to a satellite-based system designed to handle more planes more efficiently.

But major sticking points include new fees that air travelers pay to support airport operations, including construction projects. Proposals would increase the charge from $4.50 to more than $5 per ticket, which some lawmakers view as a tax increase.

Airlines oppose any increase as an "unnecessary tax.".

A second stumbling block involves proposals to increase the number of long-haul flights from Ronald Reagan National Airport -- which is adjacent to Washington and the airport of choice for lawmakers and others doing business in the capital.

Landing rights there are controlled by the Transportation Department and there are government limits on the size of aircraft that can operate there due to noise and other issues.

Some key lawmakers are resisting a plan that would give a leg up to US Airways, the dominant carrier at Reagan National, for more lucrative longer haul flights, including California service. US Airways is based in Tempe, Arizona.

There is airline opposition to the benefit for US Airways, which would give up some short-haul routes that certain competitors could then fly.

United has consistently opposed changes to restrictions on long haul flying at Reagan National based on its presence at Dulles. The airline said in a statement that it objects to any proposal that "picks winners and losers."

Negotiators also have not finalized how to handle another potential dealbreaker, a House-passed proposal that would make it easier for ground workers at FedEx Corp (FDX.N) to unionize. That provision is not expected to survive, but negotiators have yet to agree on how to dispose of it.