Should frequent flyers pay for the decarbonization of the air industry? 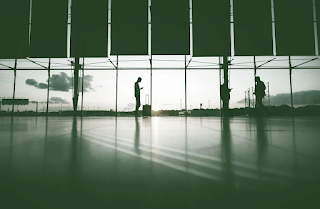 Researchers are proposing a frequent flyer tax to pay for reducing greenhouse gas emissions in the airline industry.

A new paper from the International Council on Clean Transportation proposed the tax as a way to fund some of the $121 billion that needs to get invested every year to decarbonize flying.

"Varying the levy based on flying frequency focuses the tax burden on wealthier frequent flyers and helps ensure that people with lower incomes are not priced out of air travel because of climate policy," the study's authors, Xinyi Sola Zheng and Dan Rutherford, wrote.

A sliding fee for flights beginning at $9 for the second flight and $177 for their twentieth in a given year would raise $121 billion -- versus a flat tax of $25 per ticket for all flights.

For the study's authors, the tax is a way to avoid penalizing people in lower income brackets and shifting the load to the wealthiest 10 percent of the world's population.

Not only would the revenues come from wealthy individuals, but they'd also come disproportionately from the wealthiest countries that have contributed the most to greenhouse gas emissions from flying.

"We conclude that a global [frequent flyer levy] could help implement a global net-zero target in an equitable way," according to the authors.

While creating the global system could be a challenge, the push to decarbonize the industry has real regulatory pressures behind it.

In Europe, the Fit for 55 regulations mean that there's now an EU-wide tax on kerosene and the ReFuelEU Aviation proposal, which is pushing for the adoption of sustainable aviation fuels. A tax on carbon at the EU border means that planes need to be moving to low-carbon fuels.


So the changes are coming, it's just a question of how the airline industry will pay for them. The frequent flyer tax, analysts argue, is the most equitable potential way to defray costs.