Showing posts from January, 2019
Show all

Boom Raises $100M To Develop A Supersonic Airliner. It's Going To Need A Whole Lot More. 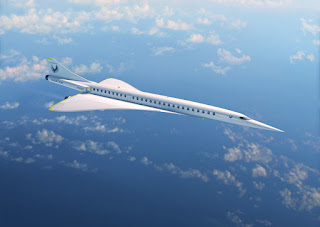 Boom Supersonic has raised $100 million from an array of Silicon Valley investors to help it build a supersonic airliner. It’s a large amount of money by tech industry standards but only a small step in aerospace down a road that will require billions of dollars more to realize Boom’s vision. The Series B round brings Boom’s total funding to $141 million. The round was led by Laurene Powell Jobs’ Emerson Collective and includes the Y Combinator Continuity Fund, Caffeinated Capital and SV Angel, as well as unnamed founders and early backers of Google, Airbnb, Stripe and Dropbox. Boom is one of three upstart companies seeking to reboot supersonic flight for civilians. Aerion and Spike are developing business jets while Boom is aiming larger: a 55-seat, three-engine commercial plane. Essentially its plan is to slice off airlines’ business class cabins and deliver that lucrative clientele to their destinations at Mach 2.2—and at identical or lower airfares. Boom is naming the plan
7 comments
Read more
More posts