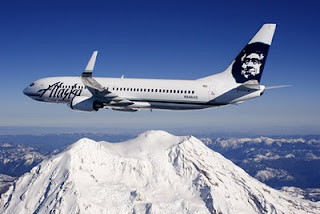 Alaska bumped Singapore Airlines, which has held the top spot in the survey for five consecutive years.

Alaska in the last year has improved its on-time performance to the best among the legacy carriers. In the meantime, the airline has turned healthy profits even during the historically weak first quarter.

Alaska has worked assiduously to trim unprofitable flights from its schedule while adding new flights to destinations such as Hawaii, St. Louis, Atlanta and Austin.

The study noted that most American and Asian carriers upped their scores this year while European airlines saw their rankings fall. Among the top 10, smaller carriers not aligned with major alliances performed best as a rule.

Aviation Week said smaller, more nimble carriers such as Alaska use their smaller size to allow them to adjust more quickly to market conditions.

While larger carriers such as Delta and Northwest and United and Continental have been merging operations, industry analyst Ray Neidl told Aviation Week that Alaska's position would not be enhanced by merging with a larger partner.

"They've got a real niche, good management and they can do things a big airline can't do," he said.