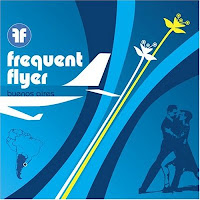 How likely are you to find a "free" seat with your miles when and where you want to go? That depends, says a recent study, on the airline you fly. Among the 22 programs in the study, the range of success rates runs from "almost every time" to "hardly ever."

These results jibe with my much more limited experience. The main airline options from my home airport are United or Delta, and I've had good results with United. With Delta, on the other hand, I've been unable to find flights when/where I wanted at the base award levels and I've found that Delta's online planning tool typically came up with a mileage requirement higher than the program's nominal "get any seat" requirement.

-- Success rates for long-haul flights -- the best use of miles -- were lower than for short trips.

-- For travel within North America, you stand a far better chance of finding an award trip on Southwest or Air Canada than on any other line.

-- The odds of finding what you want are reasonably good on Continental, United, or AirTran -- a conclusion that might answer some of your questions about the proposed Continental/United merger -- and a bit better than 50-50 on American.

-- You stand at least a two-to-one chance of getting an award seat you want on most of the big international lines, except for Emirates and Turkish.

The extremely poor showing of Delta and US Airways raises questions about whether those programs are worth pursuing. I know that I'm seriously reconsidering the prospect of dumping some American Express miles into Delta, and instead thinking maybe of betting on the merger and dumping them into Continental.

Clearly, if you're a frequent flyer, you need lots more data than these summary numbers. You probably won't get any more from this study, however, part of a proprietary report that ezRez is selling to travel industry clients. And unless the government steps in with much stiffer disclosure requirements, you aren't likely to get any more from the individual airlines, either. 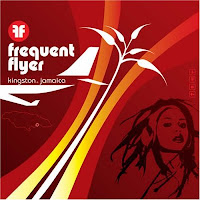 Still, these data provide more guidance than anything I have seen anywhere else, and they should open the door to airline secrecy at least a little bit. Meanwhile, you have to keep in mind that the objective of airline programs today is to make money, not to reward loyalty -- and especially not loyalty to a credit card. As measured by "elite qualifying" miles, the rewards for actual loyalty are upgrades and other preferential treatments. If all you have is miles, to an airline, you're just a liability on the books.