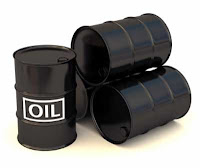 European gasoline prices fell to a 10-week low, after crude oil dropped for a fifth day on global economic concerns. Air France-KLM Group’s KLM unit sold jet fuel on speculation ash cloud will affect air travel.
Gasoline barges in Europe’s oil-trading hub of Amsterdam- Rotterdam-Antwerp traded between $712 and $716 a metric ton, according to a Bloomberg survey of brokers and traders today. That is the lowest since March 3 and compares with deals between $730 and $744 on May 14.
Royal Dutch Shell sold 6,000 tons to Gunvor at $712 and 1,000 tons each to Trafigura and BP Plc, respectively. The deals were for Eurobob grade, to which ethanol is added to make finished automotive fuel.
Brent crude for July delivery, Europe’s benchmark, fell as low as $76.23 a barrel, down 2.18 percent from Friday on London’s ICE Futures Europe exchange. Prices were at $78.10 at 11:14 a.m.
Jet fuel barges prices in the ARA region dropped as ash from a volcano in Iceland continued to disrupt European travel.
KLM sold a 4.1-ton barge CIF Ghent at a premium of $49 a ton to June ICE gasoil futures. Free on board, or FOB, Rotterdam barges were trading at premiums of $46 and $47 a ton, compared with $49 on May 14. Oil sold on a CIF basis are for delivery including cost, insurance and freight while FOB deals are for loading from a specified port or terminal.
Airports in Amsterdam, Europe’s fifth-busiest as well as Edinburgh and Dublin are closed and London terminals face restrictions as the return of the volcanic ash cloud grounds at least 1,000 flights across the region.
BP Plc shut some units at its 400,000 barrel-a-day Rotterdam refinery following a power outage caused by a disruption in the main electricity grid operated by Stedin.
“We hope to begin starting up the units in the course of this morning,” BP spokesman Carlo Eijkels said today.
Royal Dutch Shell Plc’s 416,000 barrel-a-day Pernis refinery, Europe’s largest, hasn’t been affected, Wim van de Wiel, a spokesman, said by phone.
Diesel barges were bid and offered at premiums of $14.5 and $16 a ton to June gasoil futures, compared with trades at $14 and 14.5 on May 14.
Gasoil futures fell to a 10-week low as the June contract lost 2.83 percent to $643.50 a ton before rebounding to $656 at 11:12 a.m. local time.
Gasoil barges for prompt delivery in the ARA-area traded at discounts of between $7 and $9 a ton to gasoil futures according to the survey, compared with $9 and $10 on Friday.
Naphtha’s discount to Brent for June narrowed for a third session to $0.53 a barrel from $1.35 on Friday, the smallest gap since March 18, according to PVM Associates. Naphtha is used in gasoline and petrochemicals.