Ryanair CEO says airline contemplating order for ‘up to 300 aircraft’ 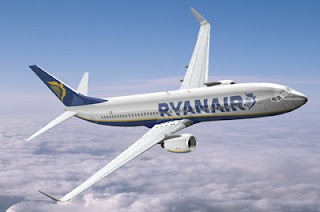 Ryanair is contemplating an order of up to 300 aircraft from either Boeing or Airbus, CEO Michael O’Leary told the Financial Times. The LCC late last year walked away from the negotiating table with Boeing after it was unable to agree on a follow-up order for 200 737s for delivery in 2013-16, and decided to use the freed-up cash to award shareholders with €500 million ($637.5 million) in dividends. The dividends, its first since going public in 1997, will be paid out next month.

“All other things being equal, if we’re still generating this amount of cash and we haven’t found any acquisition or aircraft acquisition for it, then we would certainly consider a second dividend by about the end of 2013,” O’Leary said. “But if I was a shareholder I wouldn’t be banking on that yet.”

He added that he saw no airline on the market worth buying, yet there is still the option of purchasing “200 to 300” aircraft from either Boeing or Airbus, he told FT. Ryanair had informed both manufacturers in early summer about the possible order if suitable prices and terms were offered, he noted, though there were no negotiations at present. According to Dow Jones, Airbus has refused to engage in talks with Ryanair concerning the order.

O'Leary also confirmed earlier statements to Bloomberg Businessweek that he is seeking permission from aviation authorities to use only one pilot on the shortest flights. “It would save the entire industry a fortune. In 25 years with [more than] about 10 million flights, we've had one pilot who suffered a heart attack in flight and he landed the plane,” he reasoned. “Really, you only need one pilot. Let's take out the second pilot. Let the bloody computer fly it.”

Separately, Ryanair said the Commercial Court of Barcelona confirmed it is entitled under the Spanish Constitution to exclusively distribute its low fares through its own website, and thus will not accept tickets sold through the Spanish screenscraper website Atrapalo. The latter brought the case to court. “This Spanish court victory is yet another milestone win for Ryanair after similar court wins against other screenscrapers in Germany, Ireland, the Netherlands and the UK,” it commented.