787 may again be delayed 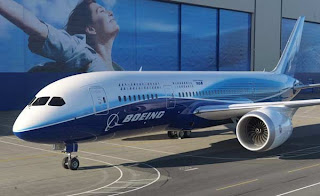 Boeing will not confirm or deny a French newspaper’s report that deliveries could be pushed to next summer.

Deliveries of the Boeing Co.’s 787 could start next summer — a delay of four to five months — according to a French newspaper.
The new delivery date is based on conversations between Boeing and Air France officials, reported the newspaper, Les Echos.
Boeing neither confirmed nor denied the report.
“While we work to resolve the issues associated with the flight test incident in Laredo, Texas, we are updating our overall program schedule,” wrote Yvonne Leach, Boeing spokeswoman, in an e-mail. “We expect to finalize a revised schedule in the coming weeks.”
The delivery schedule for Boeing’s new 787 Dreamliner has been in question for a month, since an electrical fire broke out on a 787 test plane Nov. 9.
The plane was forced to make an emergency landing in Texas. Boeing halted test flights on all six test airplanes after the incident.
On Nov. 24, after an investigation into the fire, Boeing announced that it had determined the fire’s cause and was working on minor design changes to a power panel inside the 787 and to the jet’s software. Boeing said then it expected to release a new delivery schedule in the next few weeks.
Before the fire, Boeing had planned to deliver the first 787 in February to Japan’s All Nippon Airways. The Dreamliner program already had fallen nearly three years behind schedule.
Boeing’s 787 not only contains new materials and technologies but also is made differently than previous jet programs.
The Les Echos report, of a delay of four to five months, is in line with the expectations of several aerospace analysts.
However, some analysts have predicted delays of up to a year on the 787 program.
Source : http://www.heraldnet.com/article/20101210/BIZ/712109918/1005