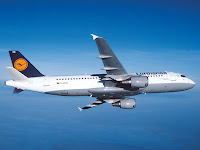 Lufthansa is launching the world’s first scheduled commercial passenger flights using biofuel in the first half of 2011, with an IAE-V2500-powered Airbus A321.
In April 2011, LH will begin a six-month trial with an A321 on scheduled commercial flights on the Hamburg-Frankfurt-Hamburg route. Pending certification, one of the aircraft’s engines will use a 50-50 mix of biofuel and traditional kerosene. The primary purpose of the project is to conduct a long-term trial to study the effect of biofuel on engine maintenance and engine life.
The daily flights are part of the ‘burnFair’ project to study the long-term impact of sustainable biofuels on aircraft performance. Airbus’ role is to provide technical assistance and to monitor the fuel properties. The biofuel will be supplied by Finland-based Neste Oil, a fuel refining and marketing company that has cooperated with Lufthansa for many years, LH said. Certification of its biofuel is expected in March 2011.
LH Chairman and CEO Wolfgang Mayrhuber said that during the six months trial, LH will save around 1,500 tonnes of CO2 emissions. "Lufthansa will be the world’s first airline to utilize bio-fuel in flight operations within the framework of a long-term trial. This is a further consistent step in a proven sustainability strategy, which Lufthansa has for many years successfully pursued and implemented," he said. The project will cost LH an estimated €6.6 million ($8.74 million).
Source : http://atwonline.com/eco-aviation/news/lufthansa-become-first-airline-use-biofuel-passenger-flight-1129