Experts Zero In on Jet-Ice Risk 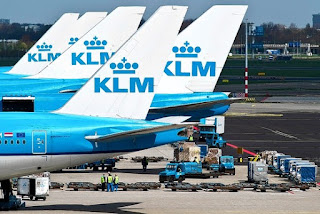 International aviation-safety experts are targeting an emerging flight hazard: tiny, high-altitude ice crystals that can clog airspeed sensors on jetliners and, in extreme cases, even cause planes to lose lift and stop flying.

Boeing Co. and Air France-KLM SA have been leading a broad study delving into this previously little-understood icing phenomenon, according to industry officials briefed on the preliminary findings.

The conclusions are likely to prompt a major push for changes in the way regulators, airplane makers and parts suppliers confront such dangers.

The companies are advocating adoption of tougher industrywide testing requirements for the sensors, the officials said, along with new procedures and more-precise checklists to help pilots maintain control of commercial jets if their airspeed indicators suddenly malfunction or fail.

The crystals—typically suspended above intense storms and found circulating on top of towering clouds where they are invisible to both pilots and weather radar—are small enough to penetrate heated speed sensors, or pitot tubes, mounted outside the fuselage.

The crystals quickly melt but under extremely cold conditions may refreeze, according to the study and independent safety experts, sending incorrect or wildly fluctuating speed indications to the cockpit. Pitot tubes use external air temperature and pressure to calculate changes in speed.

Bloomberg News
Boeing and Air France-KLM are leading a study on an icing phenomenon.

The result can be that autopilots shut off, pilots lose altitude readings and receive false warnings about exceeding allowable speeds. The combination of factors can prompt crews to reduce thrust, momentarily lose control or even inadvertently stall the aircraft.

The study was prompted partly by the June 2009 crash of an Air France Airbus A330 as it flew through a particularly violent storm system on the way to Paris from Rio de Janeiro. All 228 people aboard Flight 447 perished after at least two of its three speed sensors apparently malfunctioned, resulting in a cascade of failures affecting flight-management computers, automated flight controls and other vital systems.

An international team of investigators hasn't been able to determine exactly why the widebody jet went down, partly because its flight-data and cockpit-voice recorders haven't been recovered from the ocean. Airbus officials are gearing up for a fourth attempt, probably early next year, to have rescue crews try to locate the "black boxes," industry officials said.

The high-profile crash—followed by revelations that both Airbus and Air France for years had been aware of chronic pitot tube problems on certain families of jets—sparked a broader review of the relevant science and technology. U.S. and European regulators ordered swift replacement of suspect tubes on hundreds of Airbus planes, and began work to draft more-stringent testing standards for next-generation devices.

The Boeing-Air France effort goes further by striving to thoroughly understand the reasons behind the formation and behavior of the tiny crystals.

According to industry officials, the companies also have teamed up to look at what happens to pitot tubes at substantially higher altitudes and colder temperatures than previously considered. Many of today's sensors are certified to operate at up to 40,000 feet and minus 40 degrees Celsius, while many experts want details about reliability in conditions around minus 65 degrees Celsius.

A senior Air France official declined to comment on the conclusions so far, referring questions to aircraft and hardware manufacturers.

A Boeing spokeswoman said it was premature to comment.

Airbus, a unit of European Aeronautic Defence & Space Co., has been informed about the study, but officials declined to comment.

Concern about ice building up on wings, coating speed sensors and disrupting airflow through engines is hardly a new concept. Going back to the 1940s, when commercial air travel was in its infancy, pilots recognized the dangers of flying through freezing rain. As technology advanced, pitot tubes became better heated and ice formations could be readily detected by onboard weather radar.

Until recently though, air-safety experts didn't fully recognize the heightened dangers posed by the smallest crystals. They also are grappling with the intricacies of how crystals refreeze and distort speed readings.

An FAA spokeswoman said the agency is working with manufacturers, industry groups and foreign regulators "to expand the icing environment," or the range of icing conditions, used to certify new sensor designs.

The anti-icing drive could go public early next year as Boeing and other companies solicit additional support and strive for consensus on how pilots should respond to airspeed emergencies. Air France already has made some adjustments in its pilot training. Many industry experts, however, believe a common approach should be adopted by all airlines, regardless of whether they fly Boeing or Airbus models.

In the wake of the 2009 A330 crash, French investigators identified what they described as more than a dozen "significant" events in which airspeed sensors malfunctioned. Barely three weeks after that accident, the U.S. National Transportation Safety Board was looking at a pair of international flights, including a Northwest Airlines A330 airliner, which suffered a series of equipment and computer malfunctions similar to those encountered by Air France Flight 447.

The Northwest A330 was cruising at 39,000 feet on autopilot near Kagoshima, Japan, when it encountered intense rain and both the captain's and co-pilot's airspeed indicators immediately showed a huge rollback in the plane's forward velocity. With autopilot and automatic-throttle controls disengaged, the cockpit was filled with beeps and bright warning signals indicating various system problems.

The Northwest crew said the event lasted more than three minutes, but they maintained airspeed, manually flew the most direct route out of the storm and nobody was hurt.