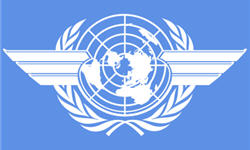 Security officials convening in Montreal Nov. 30-Dec. 1 will adopt a “clean sheet” approach to designing a checkpoint of the future. Their goal: Make substantial gains in screening technology to frustrate terrorist attackers while making the ritual of passing through airport security more tolerable for travelers.
About 50 specialists from government and industry will look at developments in the pipeline or in theory in the three major components of a security program—intelligence, behavior analysis and technology. They hope to “combine the different ingredients to produce a better system,” says Steve Berti, chief of aviation security and facilitation policy for the International Civil Aviation Organization (ICAO).
The International Air Transport Association (IATA) and the Airports Council International (ACI) requested the brainstorming session from ICAO’s Aviation Security Panel, the chief adviser to the ICAO Council, the legislative body that sets technical standards and practices. “All approaches to security have disadvantages and advantages,” Berti says, “depending on your interest, whether it is privacy on one hand or the necessity to prevent terrorism. It is a difficult balancing act.”
Experts say advances in technology, procedures and intelligence will enable the Transportation Security Administration (TSA) and other security agencies to drop the one-size-fits-all approach that commits every traveler to the same security treatment. How soon the new approach may be adopted depends on the pace of research and development, approvals by the TSA and the cooperation of governments on standards and information exchanges.
Though it may be years away, tomorrow’s checkpoint will continue to rely on body scanners, the one clear trend in technology, says Berti. But experts say the next advance will be less intrusive and less revealing of body features than the somewhat graphic images produced by the Advanced Imaging Technology (AIT) scanners. Both manufacturers--L-3 Communications and Rapiscan Systems are testing units that produce a stick figure, and home in on anomalies—that could be a set of keys or a pack of chewing gum—but that in worst-case scenario could be an explosive. It’s a process called automated target recognition under TSA study. An X-ray unit deployed at Amsterdam Schiphol Airport Technology adopts the automated target recognition capability.
“What we have now is not sustainable if we get to the FAA’s prediction of 1 billion passengers a year,” says Christopher Bidwell, VP-security and facilitation with ACI-North America. He is pushing for more research and development of screening technology and for mutually recognized standards for technology.
The lack of harmonized standards between the European Union and the U.S., for example, is why transatlantic travelers undergo the practice of duplicate screenings, one at their point of origination in Europe, and again on arrival if they are taking a domestic U.S. flight. In any case, common standards will make it easier for manufacturers to produce an effective and less-expensive scanner for processing passengers and baggage and eliminate the need for a second screening, Bidwell says.
Advances in millimeter wave wand technology may make pat downs more of a long-shot alternative deployed strictly as a follow-on procedure as passengers proceed through the security process. That process will involve using improved screening techniques that identify people, observe their behavior, clear them and their baggage and single out those who raise doubts.
Security consultant Rodger Dickey who works with BAS Strategic Solutions of Gainesville, Va., predicts a future of “dynamic screening and a risk-informed system” to defeat security threats. A former FAA and TSA official, Dickey says the future checkpoint will be more capable of utilizing multiple technologies, with workable policy and procedures in place. TSA is moving toward this goal, says Dickey. It is maturing as an agency and is supported by a core of key people who have been part of the organization since the start nine years ago and are dedicated to defeating terrorists, he adds.
Dickey expects that screening technologies will be integrated, so that “an individual screener has better situational awareness of the threat of a given person.” The screening process will be streamlined, “less of a gauntlet” that now requires removal of shoes and jackets, says Dickey.
Airlines support expansion of the trusted traveler concept that differentiates passengers to ease pressures on the checkpoints and advocates more use of risk management techniques. As many as half of the daily flow of passengers could qualify for trusted status and reduce the workload at airport checkpoints, says Kenneth Dunlap, IATA’s global director of security and travel facilitation. Dickey says a trusted traveler program will be another key to speeding up the process. “The more you know about a person and the more they are identified biometrically, their background, they will be subjected to less scrutiny in the screening process against one that you know little or nothing about.”
The checkpoint of the future also may be staffed by screeners from private security companies, if Rep. John Mica (R-Fla.) has his way. Mica is expected to serve as chairman of the House Transportation and Infrastructure Committee and has suggested that airports should consider private security and allow the TSA role to convert from hands-on screening to oversight.
“We would expand if it’s made possible,” says Gerald Berry, president of Covenant Aviation Security of Winter Springs, Fla., the screening contractor at San Francisco International Airport. “TSA can’t provide and regulate at the same time.” He suggests that the shift to industry would bring new ideas to produce a checkpoint more secure and tolerable.
source : http://www.aviationweek.com/aw/generic/story_channel.jsp?channel=comm&id=news/awx/2010/11/24/awx_11_24_2010_p0-272335.xml&headline=ICAO%20Takes%20Clean%20Sheet%20Approach%20To%20Checkpoints