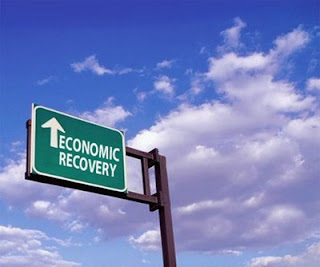 The International Air Transport Association, or IATA, said Monday that it expects the global aviation industry to return to profitability in 2010, in view of a much quicker recovery of global economy, than expected earlier. It now sees global profit of $2.5 billion as against prior forecast of $2.8 billion loss, in March. However, it projects a $2.8 billion loss for the European carriers citing strikes, natural disasters, economic stagnation and currency crisis.

In 2010, industry revenues are forecast to be $545 billion, sequentially up from the $483 billion, but below the $564 billion recorded in 2008. IATA warned that the $2.5 billion profit represented a net margin of just 0.5%, "which is a long way from sustainable profitability" and a major part of the global industry are still posting big losses. IATA maintained its expectation for an average annual oil price of $79/barrel of Brent in 2010.

Giovanni Bisignani, IATA's Director General and CEO said, "Airlines are benefiting from a strong traffic rebound that is pushing the industry into the black. We thought that it would take at least three years to recover the $81 billion (14.3%) drop in revenues in 2009. But the $62 billion top line improvement this year puts us about 75% on the way to pre-crisis levels."

IATA forecasts 2010 passenger traffic to grow by 7.1% instead of 5.6% projected earlier. Cargo traffic expansion is now seen at 18.5%, higher than earlier forecast of 12%. In the first quarter, the industry grew at an annualized rate of 9% for passenger, while cargo expanded 26% driven by inventory re-stocking. IATA also said, "as this cycle completes with normal inventory to sales ratios, we are expecting moderate growth driven by consumer spending."

For both the cargo and passenger business, yields are now expected to advance by 4.5% versus prior growth forecast of 2% in passenger markets and 3.1% for cargo. IATA stated that the 4.5% rate was just ahead of consumer price inflation and contributed to the projected 13% rise in revenues for 2010.

According to IATA, load factor in the first quarter remained near record levels. IATA foresees average demand improvement of 10.2% in passenger and cargo, which is expected to be met with a 5.4% increase in capacity. New capacity of 1,340 aircraft would be added in 2010 of which about 500 are replacement aircraft. The fleet will however also contain latent capacity, as a result of reduced long-haul fleet utilization which remains several percentage points below pre-crisis levels.

Though air space closures triggered by eruption of an Icelandic volcano dented the recovery in April, that led to over 100,000 flight cancellations across European markets over six days, early May figures showed a rebound in traffic for European carriers. While uncertainty remains with the potential for future eruptions, it appears that this was a short-lived shock.

IATA, which represents 230 airlines carrying 93% of international traffic, informed that premium travel was rebounding at an annualized growth rate of 20% over the first quarter and economy travel was back to pre-recession levels. Premium market was in the process of recovering cyclically in many regions—alongside improvements in global trade.

"The recovery from this crisis is asymmetrical. Worsening conditions in Europe are in sharp contrast to improvements in all other regions," noted Bisignani.

Asia-Pacific carriers are expected to generate largest profit at $2.2 billion, which is more than double the previously forecast $900 million in March and a major reversal from the $2.7 billion loss in 2009.

North American carriers are expected to return to a profit of $1.9 billion, versus previously forecast $1.8 billion loss, and the $2.7 billion lost in 2009. The US economy is growing with a 3.3% GDP expansion. This is driven by demand growth, capacity cuts and domestic mergers.

Latin American carriers profit is projected to be $900 million, up slightly from the $800 million previously forecast. Having posted a $500 million profit in 2009, Latin America will be the only region to post two consecutive years of profit.

Middle Eastern carriers are expected to post a profit of $100 million—their first since 2005. This compares with prior forecast $400 million loss, and the $600 million lost in 2009. The Gulf carriers continued to gain market share through their hubs for Europe to Asia-Pacific traffic even as capacity is being added at a more cautious rate.

African carriers are foreseen to post profit of $100 million, their first since 2002.

IATA anticipates European loss to be $2.8 billion, wider than $2.2 billion, forecast in March. A series of labor strikes and strike threats have also impacted the region's performance. Moreover, 70% of the $1.8 billion loss in revenue was driven by volcanic ash crisis. Also, recovery woes and the currency crisis clouds the future with uncertainty.

"But even with all of our hard work, the result is just a 0.5% margin that does not even cover our cost of capital. The industry is fragile. The challenge to build a healthy industry requires even greater alignment of governments, labor, and industry partners. They must all understand that this industry needs to continue to reduce costs, gain efficiencies and be able to re-structure itself if it is to be sustainably profitable. We must all be prepared for a greater change," added Bisignani.