Senator pressures FAA to get moving on in-flight device use

By Thibaut - December 13, 2012
Missouri Sen. Claire McCaskill tells the agency she's "prepared to pursue legislative solutions" if it doesn't move at a reasonable pace to allow gadget use on planes. 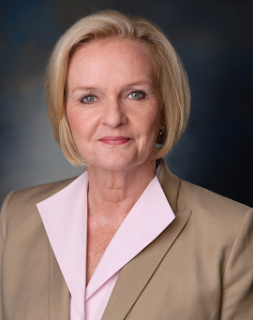 Missouri Sen. Claire McCaskill wants you to be able to tweet a photo of St. Louis' famous Gateway Arch while you're soaring above it in your commercial airliner of choice.

At least that might be one option open to you if a letter she sent to the Federal Aviation Administration yesterday has the desired effect.
The Democratic senator said in her letter that she was "prepared to pursue legislative solutions" if the FAA takes too long to loosen its restrictions on the use of portable electronic devices during flights.

"We live in an increasingly connected world, and information is traveling at the speed it takes our e-mail to refresh," McCaskill is quoted as saying in a press release on her Web site. "The current rules are inconvenient to travelers, don't make sense, and lack a scientific basis. Airline employees have the incredibly important job of keeping us safe in the air -- their efforts are better spent worrying about rules that actually accomplish that goal."

The FAA ban is based on the concern that gadgets that emit radio waves and data could cause problems with a plane's equipment. But McCaskill -- who sits on the Senate Committee on Commerce, Science and Transportation, which oversees communications and aviation policy -- calls the present rules ridiculous and points, as an example, to a recent decision by the FAA to let pilots use tablets.

"The absurdity of the current situation was highlighted when the FAA acted earlier this year to allow tablet computers to replace paper flight manuals in the cockpit," her letter says, "further enhancing the public's skepticism about the current regulations."

Last week, the head of the Federal Communications Commission, Jules Genachowski, said in his own letter to the FAA that the agency should "enable greater use of tablets, e-readers, and other portable devices." In August, the FAA formed a committee to reconsider its policy.

Here's the full text of McCaskill's letter from yesterday, as published on her site:

As the Federal Aviation Administration (FAA) evaluates the in-flight use of portable electronic devices (PEDs), I urge the agency to embrace the expanded use of PEDs and work to revise the necessary regulations that will allow for the use of laptop computers, e-readers, smartphones and other PEDs during the full duration of a flight.

The Aviation Rulemaking Committee (ARC) process that has been initiated by the FAA is an important step toward this end. Working with the airlines, electronic device makers and other stakeholders, I am confident the agency can craft policies that reflect the increasing use of these devices by air travelers for professional and personal uses, while maintaining a commitment to passenger safety. However, I am concerned by the longstanding intransigence in reaching workable, common sense solutions that provide for the expanded use by airline passengers of electronic devices during the full duration of a flight.

I welcome Federal Communications Commission (FCC) Chairman Genachowski's recent letter in support of expanding permissible use of electronic devices on flights. The FAA must now come on board with this common sense position and enact new policies to memorialize it.

As you surely know, the public is growing increasingly skeptical of prohibitions on the use of many electronic devices during the full duration of a flight, while at the same time using such devices in increasing numbers. For example, a traveler can read a paper copy of a newspaper throughout a flight, but is prohibited from reading the same newspaper for major portions of the flight when reading it on an e-reader. The fear of devices that operate on electricity is dated, at best. Importantly, such anachronistic policies undermine the public's confidence in the FAA, thereby increasing the likelihood that rules of real consequence will be given too little respect. The absurdity of the current situation was highlighted when the FAA acted earlier this year to allow tablet computers to replace paper flight manuals in the cockpit, further enhancing the public's skepticism about the current regulations.

While safety and security must be the top priority in air travel, the FAA and other federal agencies should also work to ensure air travel is as hassle free as possible by revising or removing regulations that have become unnecessary or outdated. It is my hope that the FAA will work, with the FCC and other federal agencies where appropriate, as expeditiously as possible to implement common sense changes to today's restrictive regulations on in-flight use of PEDs that better reflect new technologies and the changing role these devices play in Americans' daily lives. While the agency can and should use existing authorities to allow for the broader use of PEDs, I am prepared to pursue legislative solutions should progress be made too slowly.