British Airways announced they have committed to buying $500M in aviation biofuel produced at the GreenSky London facility for the next ten years and consent is now being sought to begin construction of the facility at a site in East London. 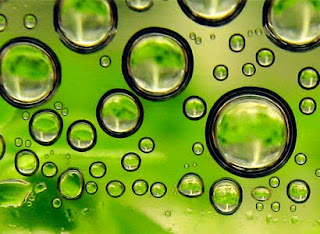 GreenSky London is a joint development between British Airways and Solena and once built will be Europe’s first commercial scale low carbon jet fuel production facility.

Keith Williams, Chief Executive of British Airways, said: “We are delighted that the GreenSky London project is getting ever closer to fruition. With world-class technology partners now in place, we are well on our way to making sustainable aviation fuel a reality for British Airways by 2015.”

British Airways has now committed to purchasing, at market competitive prices, the jet fuel produced by the plant for the next ten years which equates to $500 million at today’s prices. Furthermore, the partners have signed an exclusive option on a site for the facility and consent work for the site has now begun.

“Biofuels are the only low carbon alternative to fossil fuels in the aviation sector and as a result GreenSky London is likely to be the first of many similar projects built in the years to come, but every new market needs a pioneer and it is pleasing to see the UK take a leading role in its development,” he added.

The GreenSky London process will use Solena’s high temperature gasification technology to produce a synthesis gas, which will then be cleaned and converted into liquid hydrocarbons using British company Oxford Catalyst’s patented Fischer-Tropsch reactors.

Engineering company Fluor has started pre-front end engineering and design of the project, and the partners aim to have the site operational by 2015. GreenSky London will create more than 1000 jobs in the construction phase and over 150 permanent staff will be needed to operate the facility.