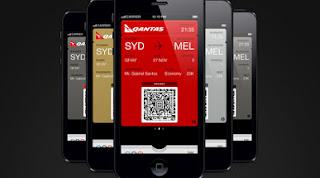 Just a few short months after Apple introduced the world to the iPhone 5’s Passbook app, people are still struggling to find a use for it, although nowhere near as much as they were when it first came out. The function it provides is highly useful in theory but so far there have not been many situations where it would prove useful. While this says nothing about the actual quality of the app itself, it does show that companies have been slow to jump on board and contribute their services to it. However this is bound to change with time as more companies cotton on and giants like Starbucks are already accepting vouchers through Passbook so it is certainly well on its way.

In case you are unfamiliar with the app, Passbook is a new feature found on the iPhone and iPad that can collect all these different vouchers and tickets from various apps into one convenient place, from which they can be scanned for quick use. This includes Starbucks cards and movie tickets, making life all the more convenient, as well as airline tickets of course and it is the latter use that is perhaps proving to be the most popular.

But it is slowly growing and becoming increasingly useful, especially regarding its use as an alternative means to board a flight. The ability to use your iPhone 5 as a way to carry virtual plane tickets that could provide easy boarding with a simple swipe was there from the start but initially there were only three airline companies accepting mobile boarding passes; United Airlines, American Airlines and Lufthansa. However that number has now risen significantly to ten, providing a much more accessible service to a wider demographic of fliers. While Passbook still provides limited usage at this point overall, it is excelling in the airport. 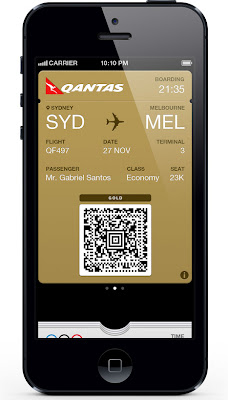 The complete list of the ten airlines now accepting Passbook’s virtual boarding passes in lieu of real ones, including the original three, are as follows:


In addition to this, British Airways and Delta are rumoured to be joining the list soon. If you want to add a flight for one of the airlines listed above to your Passbook then you will need to make sure you have iOS 6 running on your device. One way you can add the flight is to download the airline’s own official app and open an account, otherwise you can just use the email confirmation of your flight, which can be sent to Passbook.

Passbook has certainly made the whole boarding procedure a lot quicker and easier than it used to be as all it requires from you is a simple swipe of your iPhone with the boarding pass displayed on the screen. If the number of people you see brandishing iPhones for scanning at the gate is anything to go by then it would seem that in the airport, Passbook has already taken off.