By Thibaut - December 19, 2012
In what has been a year of “firsts” for Boeing, the 737 just added another “first” to its long list. A Next-Generation 737-700 BBJ flown by PrivatAir touched down at the Norwegian Polar Institute - an outpost dedicated to environmental and climate monitoring in Antarctica. The airplane was the first 737 flight to be operated to commercial standards on the southernmost continent. 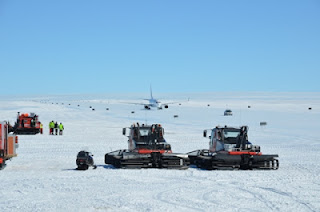 The goal of the flight from Cape Town, South Africa was to prove that a commercial airline could operate a service to Antarctica and maintain industry safety standards, while improving efficiency and minimizing environmental impact. 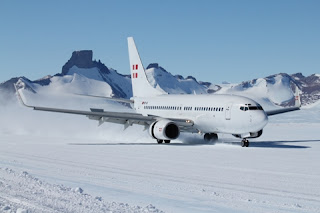 The 737-700 BBJ was specially configured for polar operations, which included landing on blue ice. By the way, PrivatAir is a Geneva-based business aviation and private scheduled-service operator.