Boeing exec: could set out 737 plans by mid-year 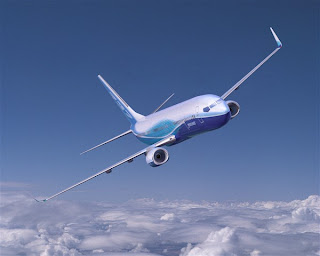 An executive of Boeing Co (BA.N), the world's second-largest commercial plane maker, said on Tuesday the company could set out plans to overhaul its popular 737 aircraft line by the middle of this year.
"We are doing a flight test program to test improvements to the airframe and the engine to improve the efficiency of the airplane," Randy Tinseth, marketing vice president for Boeing's commercial aircraft division, said of the 737 line.
"What we have been thinking is that we may be prepared to announce our plans in the middle of the year, but there is not a hard, firm deadline," he said in Mexico City.
A Boeing spokesman told Reuters later on Tuesday that the executive meant the company would be able to provide "more clarity on where we see things" regarding the future of 737 around mid-year.
Boeing is evaluating whether to build an all-new 737 or add a fuel-efficient engine to the existing line as it seeks to leapfrog rival Airbus's (EAD.PA) A320neo in a global market estimated at $1.7 trillion over the next 20 years.
"We are leaving our options open," Tinseth said.
A re-engined Boeing plane would offer fuel savings of about 10 percent and could be brought to market around 2016. An all-new plane could offer double the fuel savings and make it to the market around 2019.
The company also maintained its third-quarter delivery target for the long-delayed 787 Dreamliner, Tinseth said.
He said Boeing had 835 orders from more than 50 customers around the world for the 787, which Tinseth said would "change the world of flying."
Boeing is also readying its first delivery of its 747-8F, a freight superjumbo, expected by mid year, Tinseth said.
In a presentation to reporters, Tinseth said Boeing expected Latin American airlines would need 2,180 new planes, worth around $210 billion to expand over the next 20 years.
About 83 percent of those future orders for the region would be for single-aisle units.
He said Latin America would likely experience a rise of low-cost carriers, and in some countries like Mexico or Colombia, access to more financing through stock offerings.
On a global scale, Tinseth said the Asia-Pacific region, led by China, would drive air traffic growth over the next two decades.
Separately, Tinseth said Boeing was working with the National Transportation Safety Board after a preliminary report on Monday revealed possible manufacturing flaws and more evidence of fatigue cracks in a Southwest Airlines Co (LUV.N) Boeing 737 jet that experienced a mid-flight fuselage rupture on April 1.
Southwest Flight 812 made an emergency landing in Yuma, Arizona, with a 5-foot roof tear.
Boeing shares rose 0.9 percent to $75.57 in afternoon trading on Tuesday.
Source : http://www.reuters.com/article/2011/04/26/us-boeing-idUSTRE73P6B320110426