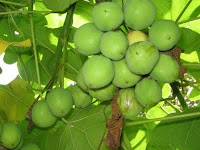 Several airlines have now successfully tested biofuel made from the little known, non-edible plant Jatropha. Japan Airlines, Air New Zealand, Continental, Brazil’s TAM Airlines and most recently the Mexican carrier Interjet, in cooperation with European manufacturer Airbus, have flown without problems on fuel from this weed-like plant, which grows on land otherwise unusable for farming.

A March 2011 report by Yale’s School of Environmental Studies, funded by Boeing, concluded that “Jatropha can deliver strong environmental and socioeconomic benefits.”

The Yale study projected greenhouse gas reductions of up to 60% from Jatropha-based fuel compared to petroleum-based jet fuel.