US checks passengers, cargo from Japan on radiation 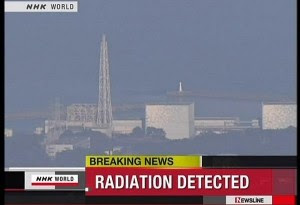 (Reuters) - U.S. Homeland Security Secretary Janet Napolitano said on Thursday passengers and cargo arriving in the United States from Japan were being checked for radiation from an earthquake-damaged nuclear power plant.

Napolitano, however, told reporters that no harmful levels of radiation had been detected by the checks, which she said were being carried out as a precaution.

"And so in an exercise of caution and just to make sure that everyone remains safe, we are doing screening of passengers and/or cargo if there happens to be even a blip in terms of radiation," she said.

"We have seen no radiation, by the way, even on incoming cargo or passengers that comes close to reaching ... harmful levels," Napolitano said.

She said the screening occurred in a variety of different ways. "It depends on whether you're talking about passengers or cargo and where it's departing from," Napolitano said, adding that the Department of Homeland Security was working with other U.S. agencies to ensure the safety of Americans.

The United States on Wednesday showed increasing alarm about Japan's nuclear crisis and urged U.S. citizens to stay clear of the Fukushima nuclear plant, going further in its warnings than the Japanese government.