The Rise of Gulf Carriers 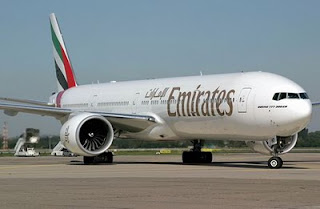 For Emirates Airline, all routes lead to Dubai. The strategically located aviation hub is the centrepiece of the carrier’s ambitious expansion strategy to tap economic growth in India, China and the Middle East.
For its competitors, the renegade carrier and its grand plans have the potential to change global air traffic patterns, disrupting a fragile industry that’s already under pressure from rising fuel prices.
Emirates’ game plan – funnelling travellers through Dubai instead of Europe, and on larger and larger planes – has worked wonders so far. The state-owned carrier has managed to not only survive but thrive as an independent carrier, declining to join one of the three major airline alliances in the world – Star, SkyTeam and Oneworld. When it launched in 1985, Emirates flew only to Pakistan and had just two planes. Now, it flies to more than 110 destinations in 66 countries and has some 150 wide-body jets, including 15 Airbus A380 double-decker planes and 85 Boeing 777s. Emirates has become the world’s sixth-largest airline for international passenger traffic. Emirates also sharply increased its orders for new Airbus A380s and Boeing 777s – planes that are larger and more fuel-efficient than the Airbus A330s and A340s in its fleet. More than 190 aircraft are on order, including about 75 Airbus A380 double-decker planes, which seat almost 500 passengers, and nearly 50 Boeing 777s, which have room for about 400 travellers. In 2015, the 350-seat Airbus A350 will be introduced into the Emirates fleet.
Emirates’ success reflects the emergence of a new world economic order, one in which other Gulf carriers such as Abu Dhabi-based Etihad Airways and Doha-based Qatar Airways are also rapidly expanding, said Robert Kokonis, president of airline consulting firm AirTrav Inc. “The balance of economic power is shifting away from North America and Europe,” said Mr. Kokonis, who depicts Emirates as a trailblazer seeking to take advantage of Dubai’s location in the thick of global air traffic routes.”

Travellers appreciate Emirates’ far-reaching network and its attentive in-flight service and quality meals – impressive enough for Air Transport World magazine to name it the world’s “airline of the year” for 2011. The carrier specializes in long-haul flights connecting the globe’s major cities: Are you flying from Toronto to Mumbai, or Sao Paulo to Delhi, or Milan to Sydney? Aboard Emirates, the common theme is a stopover in Dubai, one of seven sheikdoms in the UAE.


Even travellers who could take a non-stop flight between western Europe and southeast Asia have opted for Emirates since it offers the comfort of bigger and newer planes, as well as better departure times on competitive flight paths and posh seating pods in first class and the executive-class cabin. On the upper level of the Emirates-operated A380, there are 14 suites in first class and 76 lie-flat seats in business class. First class includes a lounge and two shower spas.

But in opting for Emirates and its mandatory Dubai stopover, passengers are forsaking the traditional aviation map, in which national-flag carriers carved out lucrative routes for themselves and their alliances by focusing on such cities as London, Paris and Frankfurt.

Many passengers are accustomed to flying through these European hubs en route to China, India and the Middle East. But Emirates wants to increase its flights from North America, South America and Europe – via Dubai – to China and India, and to a lesser extent, Africa and Russia. It’s also counting on boosting traffic east to west, hoping to persuade more travellers in China and India to catch its planes when flying to Africa, Russia, North America, South America and Europe.