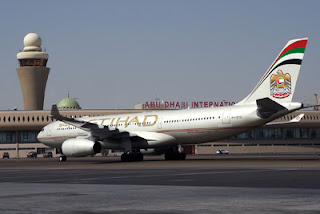 IATA reported that world international RPKs rose 8.2% last year compared to 2009, while FTKs climbed 20.6%, showing the “the world is moving again.” However, the sharp rise in oil prices could make for a difficult 2011, IATA cautioned.

“After the biggest demand decline in the history of aviation in 2009, people started to travel and do business again in 2010,” IATA DG and CEO Giovanni Bisignani stated. “Airlines ended the year slightly ahead of the early 2008 volumes but with a pathetic 2.7% profit margin,” he said, noting that “the challenge is to turn the demand for mobility into sustainable profits.”

IATA noted that the severe weather in Europe and North America in December “put a dent into the industry’s recovery,” as estimates show “this shaved 1% off of total traffic demand for the month.” As a result, said IATA, international RPKs grew just 4.9% in December compared to December 2009 levels, significantly lower than the 8.2% growth recorded in November. Hardest hit was Europe, which saw December growth slow to 3.3%, the report stated.

IATA said Middle Eastern carriers reported the strongest full-year passenger growth at 17.8%, “on the back of a 13.2% capacity increase fueled largely by aircraft deliveries to Gulf-based airlines.” African carriers experienced a “sharp rebound," with RPKs up 12.9%, the report said. Asia-Pacific carriers recorded a 9% year-on-year increase, followed by Latin American carriers at 8.2%, despite a 1.1% decrease in December, a reflection of the Mexicana bankruptcy. North American and European carriers had an increase of 7.4% and 5.1%, respectively.

According to the report, international freight demand growth varied widely over the year from a high of 35.2% in May to a low of 5.8% in November. However, IATA noted that “overall the industry is trending toward normal growth pattern in line with the historical growth rate of 5%-6%.”