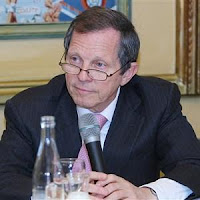 The optimism is fueled by strong growth in first and business class ticket sales. However, IATA expects growth to slow in the coming months because of weakening consumer demand.

Chief executive Giovanni Bisignani forecasts that the global aviation industry will earn about $2.5 billion in 2010, following two years of losses, should the international economic recovery continue.

The IATA boss says profits will be pushed by stronger demand in Asia, the Middle East and South America, while business in debt-hit Europe remains gloomy.

In July, international passenger demand was up by more than 9 percent, while cargo rose 22 percent.

Bisignani, who is visiting Sydney, said Wednesday the strength of the upturn has come as a surprise.

"The recovery has been faster than expected. The first month has been very positive," said Bisignani. "The numbers of July is [are] a very clear explanation; 9 percent worldwide growth, Asia-Pacific 11 percent. But, you know, you have here two giants, India and China. China is doing everything in the right way. Domestic China in aviation is booming - over 20 percent. India is also growing up very quickly, so you have a great advantage of having two lions in a very interesting moment."

IATA, whose members account for more than 90 percent of international airline traffic, says Asia-Pacific carriers are expected to be the biggest contributors to industry earnings this year.

Bisignani called on governments and regulators to make it easier for airlines to merge and open new routes by reducing what he calls outdated national restrictions on ownership.

IATA also stresses that controlling costs and reaching agreements with trade unions to avoid strikes is another key to continued growth.