The right way to board passengers on an airplane 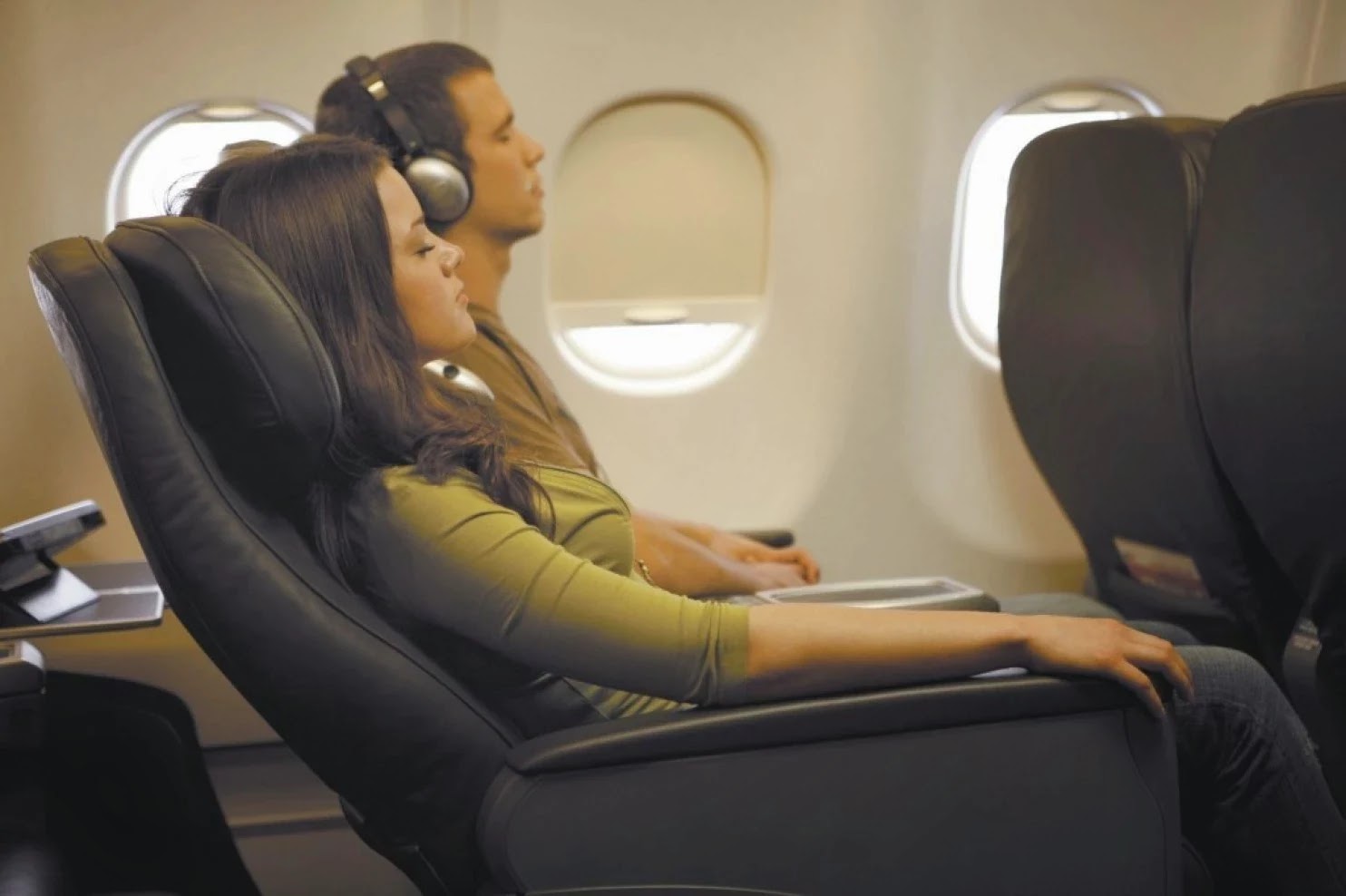 ‘Tis the season for airplane travel. We may be looking forward to getting where we’re going, but most aspects of the travel itself are merely endured. There’s stressful security, the madding crowd and the scrum at boarding, where people and their myriad belongings clog the gate area, standing between you and your departure.

But take heart: There are scientifically proven ways to improve the boarding process, or at least speed it up so that it can be over and done with more quickly.

Currently, it feels like you could have walked to your destination by the time you’ve waited through boarding calls for all the various levels of travelers, from elite down to the dregs of refundable coach. Moreover, once you scan your pass and enter the jetway, you find it’s packed with all those who were crammed up around the ticket scanner a few minutes before – affectionately called “gate lice.”

One big contributor to this logjam is the common airline policy to charge for checked baggage, leading passengers to bring aboard more, and more fully packed, luggage. All these carry-ons take time to stow. The fuller the plane becomes, the longer it takes to put the luggage away – like a not-very-fun version of Tetris.

Another cause is the boarding process itself: the way and order that passengers are asked to board.

You might assume the fastest way to load a plane is from the back to the front, so that no passenger needs to pass anyone in the aisle or hop over anyone in their row. This logic forms the basis of standard boarding procedures. But what would really happen if you boarded in precisely this way? The passengers would rush into the cabin, proceed toward the back – and come to a screeching halt as the first one or two passengers stow their luggage. The first 30 passengers (the back five rows) would take up nearly the entire length of the cabin. The rest of the line has simply moved from the airport gate into the jetway or cabin – and it moves no faster.

The leap from serial to parallel

The problem is that boarding from the back to the front is a serial process: only one action at a time is completed. It’s like deleting a page of text just using the delete key instead of selecting the entire page. In this case, only one passenger at a time is seated. The aisle in the airplane isn’t used effectively.

A more efficient way to board would have only as many passengers in the airplane as can put their luggage away without interfering with each other. Those passengers should also be ordered so as to eliminate the need to pass by anyone either in the aisle or in the rows. In other words, it is better to make passenger boarding a parallel process where multiple actions occur simultaneously, instead of a serial process.

Virtually all scientific or industrial fields have optimization problems: finding the best way to complete different tasks. A classic example is the “traveling salesman” problem: What’s the shortest route that connects a number of cities?

The same optimization routine that can solve the traveling salesman problem can be applied to airplane boarding. Drawing from its results, I’ve proposed an optimum boarding method. In this approach, often called the Steffen method, adjacent passengers in line will be seated two rows apart from each other. The first wave of passengers would be, in order, 30A, 28A, 26A, 24A, and so on, starting from the back. (For a typical airplane there would be 12 such waves, one for each seat in a row and for odd and even rows.) 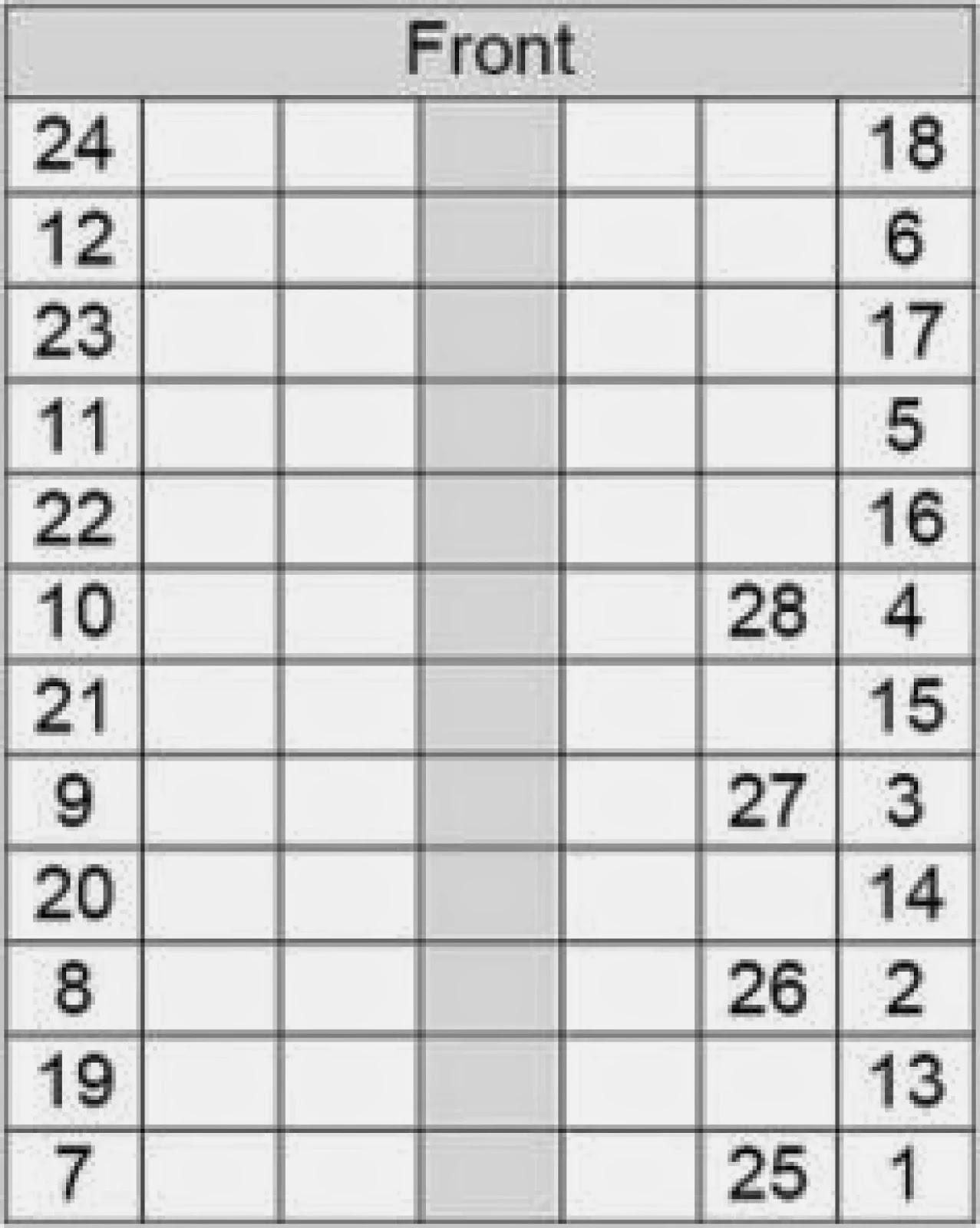 In field tests, this method has outperformed all others. In a test with 72 passengers, it was nearly twice as fast as boarding back-to-front or in rotating blocks of rows, methods commonly used in the industry. It was 20-30 percent faster than more optimized boarding methods such as random boarding, when people get on without regard to where their assigned seats are. It also beat boarding windows-middle-aisle. My method even outperformed the industry gold standard of open seating, used by Southwest airlines. That’s when passengers don’t have assigned seats at all.

Can we make the switch?

So, why isn’t this optimum method of airplane boarding being adopted by any carrier in the industry? One significant reason may be the challenge of its implementation – lining passengers up in such a rigid order. While this obstacle may not be insurmountable, the question itself overlooks one of the primary benefits of the Steffen method: It allows an airline to measure how much room there is for improvement and identifies where that improvement is to be found.

A head-to-head comparison between an existing strategy and the Steffen method (incorporating all of the different elite and special-needs passengers) might show that a 30 percent reduction in boarding time is possible. Then, the powers-that-be can weigh the cost of changing to a more efficient, yet still practical process – one that more effectively uses the aisle – against the benefit of recovering only a portion of that potential savings. Those are the kinds of numbers that decisions can be based upon – and it eliminates the common, but utterly useless, defense of “there’s always room for improvement.”

Cold comfort on your flight this week, perhaps. Maybe spend some of your time standing in line spreading the word that a better way is possible.