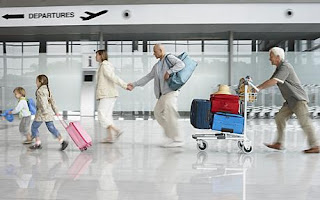 Air Passenger Duty will climb by 50 per cent to some destinations next week, the second significant rise in two years.
Willie Walsh, the Chief Executive of BA, has branded the increase a "disaster". Announcing its half-year results, the airline said: "Excessive taxation puts aviation's social and economic benefits at risk."

Virgin Atlantic said family holidays would be "unaffordable for many".

Air Passenger Duty is paid by all travellers on leaving Britain, with the world split into four bands.

The division includes some anomalies. For instance, all of America is in Band B, whose rate will increase from £45 per person to £60 for those flying economy, or rise from £90 to £120 for those in any other class, including premium economy.

However, the Caribbean is in Band C along with most of south-east Asia and South America. This is despite it being closer to Britain than the west coast of America.

Band D duty will rise from £55 to £85. A retired couple visiting grandchildren in Australia, for example, and flying in premium economy class would, from Monday, pay £340, up from £220.

Julie southern, Virgin Atlantic's chief commercial officer, said: "Holidays are an essential part of our lives and are valued even more in these difficult economic times. With passengers now being asked to pay up to 10 times more tax since the air duty's introduction, the annual family holiday will become unaffordable for many."

Manny Fontenla-Novoa, Thomas Cook Group's chief executive, said the company was disappointed that the Government had continued with its plans to increase the duty.

"There is no evidence of this tax having any environmental benefit," he said. "We will continue to lobby on behalf of our holidaymakers."
The Daily Telegraph has run a petition calling on the Government to scrap the tax, arguing it penalises travellers, while the very rich on private jets are immune from the duty.

So far, 50,000 readers have signed the petition to abolish the tax.

Ms Southern said: "Given the forecasted rise in air duty over the next five years, travellers will be more than paying their fair share and in fact contributing more to the Treasury than the banks via the new banking levy.

"Our message to the Government is that this absolutely has to be the last time that the travelling public faces rises in air duty."

Nearly half of all passengers are unaware of the increase in duty, according to a poll conducted by Virgin Atlantic.

The Government is considering replacing the air duty with a tax on each plane but not all the travel industry is happy with this alternative.
Air duty is automatically added to the price when a ticket is booked.

The tax was introduced in 1994 at the rate of £10 on long-haul flights. It was radically restructured and increased in 2007 by the previous government, which said it was a necessary "green measure".

Airlines say that the duty gives them little incentive to be greener or to invest in new technology because their passengers will be penalised just as heavily as those who opt to fly on carriers that operate old 747s.