ZEHST : EADS reveals a heir to the Concorde 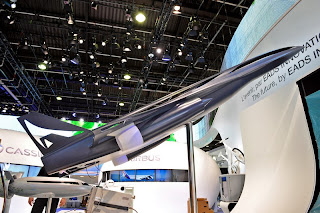 Zehst is the supersonic airplane that will be revealed by EADS at the Bourget Air Show tomorrow. It will be twice as fast as the Concorde and will put Paris at only 2h30 from Tokyo when current jetliners take 11h for the same trip.

The plane will fly at 4 800 km/h. It's cruise will take it above the atmosphere.


Zehst means 'Zero Emission Hypersonic transportation'. The main asset of the plane is that it will not use kerozene. It should start as a normal plane with biofuels then rely on rocket technology for the cruise part of the flight. Oxygen and hydrogen will mix to produce water and propel the Airplane.

First flight tests should take place in 2030 and the first commercial flight is planned for 2050. There should be 60 to 100 seats in the plane. 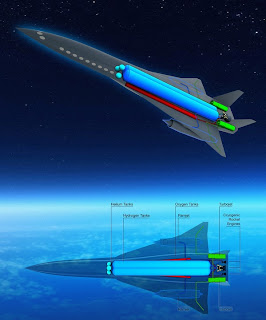